Today we stayed close to home and did a couple of local things. Not far from where we live is a Dogs Trust rehoming centre and on their website they said that they were in need of dog treats so we took a big bag of different treats for the pooches.

Of course we had to look round the dogs who need new homes – oh to have a big house and a big backyard. There were several dogs that I could have taken home. 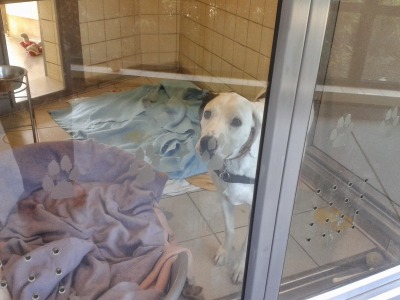 This one was so cute, and as you can see he’s smiling at us – putting on his most handsome face to impress the potential new parents walking past. 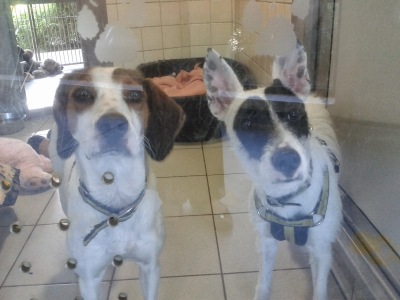 These two likely looking lads are adorable, the one on the right is deaf and he is being taught hand commands – very clever, sign language for dogs.

The dog above, who was hiding, is called Aussie so they’ve put Australian road signs all over his window.

The puppies really tug at the heart strings – do you think our three furbies would welcome a new brother or sister?
After we’d enjoyed a snack in the tea room and gone around the dogs for a second time we then called into St Mary’s church in Harefield where there is an Australian Military cemetery. During the First World War Harefield hospital was established to look after injured Australians and New Zealanders – it was known as No.1 Auxiliary Hospital, Australian Imperial Forces (AIF). 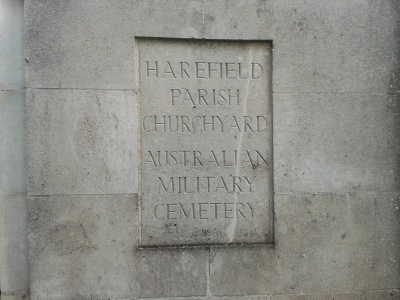 There are 120 First World War graves including one nursing sister. As a mark of respect I walked past every grave and read every name as I’m sure the majority have never had a family member visit their resting place, so as a fellow Australian I’m almost family. What’s really sweet is that on ANZAC day they hold a service in the church and then visit the graves. 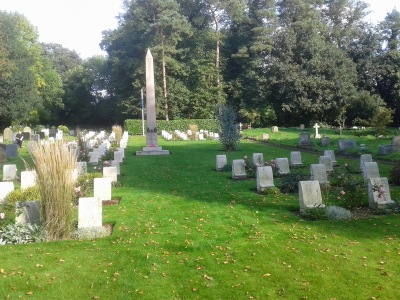 The obelisk in the middle of the graveyard was erected by Sir Francis Newdegate, former Governor of Tasmania.

Before I finish I just wanted to share with you a local character whom we met recently. This is a black cat that sits at the entrance of a local Mark’s and Spencer – he’s not bothered by people going past with trolleys and is happy to be patted. He came and sat on a wall with me and whilst we were chatting people going by told me his name etc. Now depending on who you listen to he is either a boy or a girl, lives in several different houses, and is called Elmo, Esme, or Enzo – I loved it, a free spirit that no-one really knows.

That’s a bit of the local area for you – we hope you’ve enjoyed it. Until next time be good, stay safe, and be nice to animals, and if you live near an animal shelter maybe drop off some treats for the residents.