This week for the top ten, Tamara at Part-time Working Hockey Mom has asked us to think about what we were doing ten years ago in 2008. I’ve really had to rack my brains for this one and look back at photos to see a bit of what we were up to.

1. I began a new job in January 2008 as a Palliative Care Lecturer Practitioner. Big title for a specialist nurse who also did education. Loved this job but I never got over the nerves when I was presenting.

2. Our brats, Princess Cookie Cat and Muffin Monster were only four years old and still liked each other enough to sit together.

3. Mum and Aunty Chris came to the UK for a holiday and we had a wonderful time with them, including taking them to Scotland for a week. (We were living in greater London at the time.)
4. I joined Facebook in 2008, finally getting on board with the Social Media trend. This was my profile picture in 2008 which was taken at the wedding of a doctor I worked with. 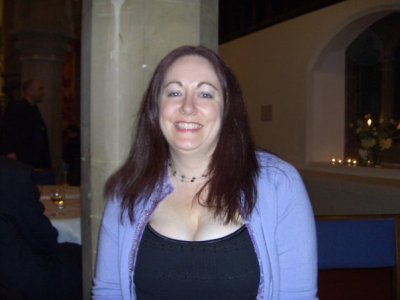 5. A really historic moment took place in this year – Barack Obama became the first black president of the United States.
6. We discovered a fabulous Bed & Breakfast in Deddington Oxfordshire, The Old Post House. It was dog friendly and the lovely hostess had dogs as well. We stayed there a few times over the years as it was perfectly situated for exploring the Cotswolds or just relaxing in the local area. Down the street there was the fantastic Crown & Tuns which basically serves pies – big, scrummy pies.
7. Even though it was season 7, this was the year that I got hooked on American Idol. The eventual winner this year was David Cook, which was totally the right choice. Here’s his audition that started his journey through the show.
8. The film Cloverfield was in the cinemas and there were reports that it was making people feel sick because of how it was filmed. My beloved decided to go and see it with his youngest, and not that long into the film he rang me from the car as he’d had to leave due to feeling sick – Jamie was fine and stayed for the whole film.
9. We visited the Rollright Stones in Oxfordshire which consists of several features but the one I liked the best was the Kings Men, which is thought to have been erected in 2,500bc. The really interesting legend around this circle of stones is that you can never count the same number of stones, and this proved true as I counted them at least three time, getting a different number each time. 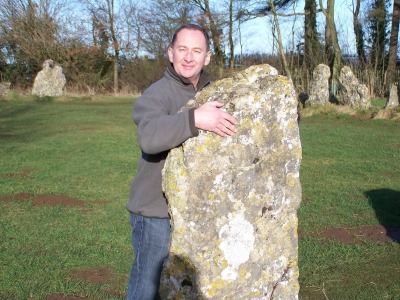 10. We took our gorgeous Bertie Boo to the beach for the first time and it took us a little while to convince him to go in the water – he didn’t know what to do with the waves.

There you have a snapshot of our 2008 – it feels like forever ago. Before you go make sure that you hop over to Tamara’s Blog to see what my fellow bloggers have come up with for their list.
Until next time have a really wonderful week.
Pamela & Ken
xxxxxxxxxxxx

3 thoughts on “Ten Things about Ten Years Ago”