This week’s hodgepodge has a slightly competitive feel to it. Make sure you visit Joyce’s blog, From This Side of the Pond, to see what my fellow bloggers have come up with for their answers.

1. February can be a little bit tricky given the weather and the winter and the whatnot. I read a list (here) of things you can do to make your February brighter which included-start planning your next trip, take more baths, make your own chocolate covered strawberries, and exercise in preparation for swimsuit season. Anything on the list you might try? Which suggestion on the list appeals to you most? Tell us something not on the list that helps make your February brighter.

February is one of my least favourite months because it always feels like winter is hanging around too long and that it’s never going to be warm again. From the list I’ve already booked a four night break in Amsterdam for March which we’re really looking forward to as I’ve never been there before and Ken was in the forces when he visited so it wasn’t really a sightseeing trip. So the other thing I’m doing in February to get through the month is doing lots of research on Amsterdam so that we can make the most of the days that we are there.

2. Tell us about something you’ve seen or done recently that you’d say was ‘super’?

I’m going to say my gorgeous man is the best thing I ever see (I know that’s incredibly mushy but I can’t help myself). 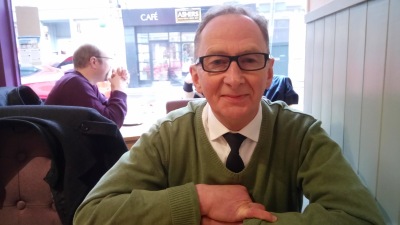 4. Something you’re ‘cheering’ for right now?

The women’s Aussie Rules Football season has just started so I’m cheering from a distance for my team of Carlton. I’ve supported Carlton’s men’s team since I was little and the women’s competition started last year so of course I support Carlton’s girls.

5. The Winter Olympics begin Friday, February 9th in Pyeong Chang, South Korea. On a scale of 1-10 (with 10 being all in and 1 being no interest whatsoever) how interested are you in the games? Which event do you most want to see (you’ll find a list here).

I love any sporting event (except for boxing) where Australia are competing and I get very excited about how we’re doing. I’m most looking forward to the snowboarding and the figure skating. Unfortunately because I live in the UK it’s difficult to see my fellow countrymen and women competing as the coverage for here tends to be of the British athletes.

Australia isn’t the most successful winter olympic nation, but we still love getting behind our athletes, and the whole nation went wild when we won our first ever gold medal in 2002 at the Salt Lake City games. Steven Bradbury was coming last in the 1000m speed skating when all the other competitors fell on the last corner and he crossed the line in first place – it was fantastic.

6. Insert your own random thought here.

At the weekend when we were out for a drive we came across these very happy pigs who were thoroughly enjoying their muddy field. They really made me laugh as when I stood by the fence talking to them, the ones that were further away ran to join the group and started oinking in reply to my ramblings.

Hope you’ve enjoyed this post, and have a really wonderful week.

18 thoughts on “A Competitive Hodgepodge”