The National Memorial Arboretum in Staffordshire was opened in 2001 and is a place to commemorate all those who have given their lives in service to their country since the end of World War Two on the massive walls at the top of the hill in the arboretum. There are also memorials to lots of other conflicts throughout history.  It is a peaceful place that merges nature with remembrance. 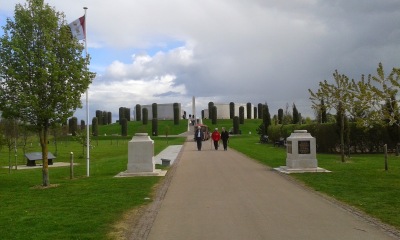 On Anzac day 2015 we decided to go to the arboretum to take part in the service that was being held there. As an Australian I think it is important to remember the sacrifices that our armed forces made no matter what your opinions of war may be. Especially the first world war as so many of the men that died had no choice due to conscription.

It was a lovely service where someone sang ‘And the Band Played Waltzing Matilda’ and then representatives from Australia and New Zealand forces (Army, Navy, & Airforce) laid wreaths. 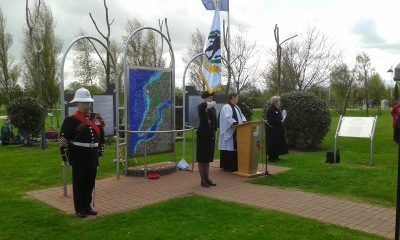 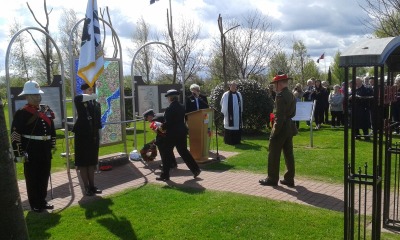 This memorial is to the people that died when the bomb was dropped on Hiroshima, with the stone on top being from Hiroshima.

I love the sentiment behind this memorial, especially the last paragraph which is something we can all wish for.

It’s a lovely place to walk around and by the river there was an interesting art installation – we couldn’t find a description but to us they looked like they might represent seed pods. 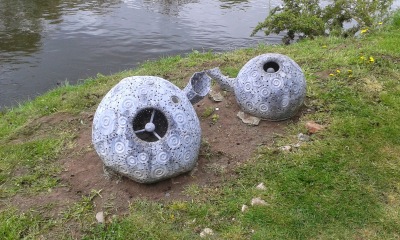 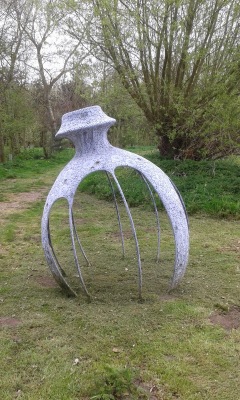 Throughout the arboretum there are over 30,000 trees, many which have been dedicated by families to their loved ones who have died.

One of the many walking paths around the site with seats so that people can sit in quiet reflection. 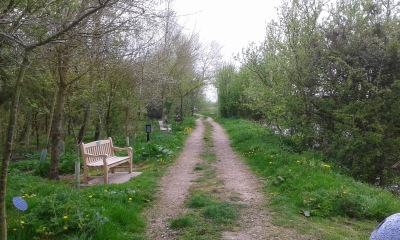 This is the Shot at Dawn memorial, which I think is one of the saddest ones at the arboretum. Every post represents one of the 306 British and Commonwealth soldiers that were shot for desertion or cowardice during World War I. Now, it is acknowledged that the majority of these soldiers, many being underage, were suffering from shell-shock. The statue is Private Herbert Burden who was only 17 and was shot at dawn in 1915 – in 2006 he was granted a posthumous pardon. 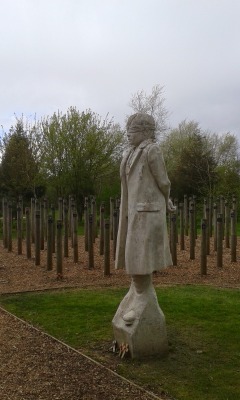 There are so many different memorials on the site and I really liked this carousel horse which is part of the memorial to the Showman’s Guild of Great Britain which is for members who have died in conflict.

This beautiful depiction of Bellerophon riding Pegasus is the memorial to the Parachute Regiment and Airborne Forces – Bellerophon was the son of Poseidon and he captured a Pegasus.

These beautiful words are attributed to Mustafa Kemal Ataturk and are on a plaque near the Gallipoli memorial:

Those heroes that shed their blood and lost their lives … You are now lying in the soil of a friendly country. Therefore rest in peace. There is no difference between the Johnnies and the Mehmets to us where they lie side by side here in this country of ours … You, the mothers who sent their sons from faraway countries, wipe away your tears; your sons are now lying in our bosom and are in peace. After having lost their lives on this land they have become our sons as well. 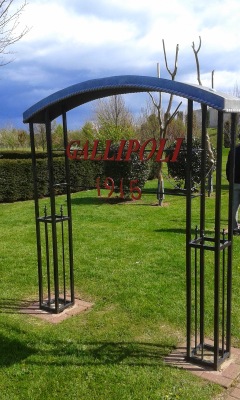 This is the memorial to the Land Army – those women that kept Great Britain going whilst all the men were at war, by working on the land and producing the food needed by the country.

Thirty years after the Falklands War this memorial to the 255 British Servicemen who lost their lives was unveiled at the Arboretum. It’s a simple memorial with rocks from the islands being placed there.

This beautiful coloured glass memorial with the lone figure bowing their head is for past, present, and future navy personal who have lost their lives. 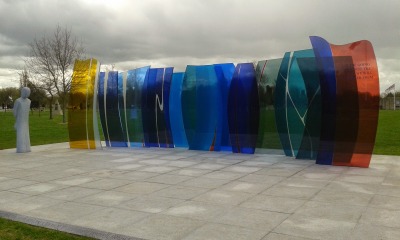 The wreaths that were laid during the ANZAC day service.

These next few photos are taken inside the Millennium chapel which holds a remembrance service every day at 11am. I love the symbolism of the wooden crosses with the open handcuffs hanging off them. 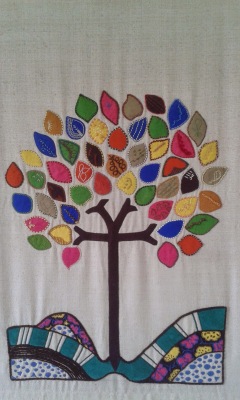 A rifle topped with a helmet is what is known as the battlefield cross and is used to mark a fallen soldiers grave so that bodies can be recovered. It’s believed that this was first used in the American Civil War.

There you have it, a brief look at the national memorial arboretum – if you’re ever near Stafford call in and have a look around.
Until next time, be good, stay safe, and be kind to yourself this weekend.
Pamela & Ken
xxxxxxxxxxxx