Here we are with the penultimate post in the A to Z  blogging challenge and I’ve decided to do a post about the word Yes. A small word that consists of three letters and has the power to divide a nation.
In 2014 the people of Scotland went to the polls to vote in a referendum on whether or not they should get independence from the UK (mainly the English but we’ll leave that debate for another day). We were living in England at the time so my beloved wasn’t allowed to vote but I do know of people that deliberately moved back to Scotland so that they could have a say. The question was simple; Yes for independence, No to stay in the United Kingdom. So the word Yes became a symbol of Scottish patriotism and was seen everywhere. At the time the politicians declared it was a once in a generation opportunity to get independence – the result went with the No campaign and that was that, Scotland remaining a part of the UK.

Three years on and the independence debate is still high on the political agenda here in Scotland, so Yes is still plastered everywhere along with the words Indy 2 (Independence referendum 2). There is a sign on a farm near us that was just Yes, but now it has Still in front of it so that it reads, Still Yes.

There are stickers everywhere – so many cars have a Yes sticker but also people put the Yes on their homes and they wear it on t-shirts. It’s a very passionate subject for people who want independence and I’ve even seen people with tattoos that talk about Scotland’s Freedom. (I was going to put a clip of the freedom speech from Braveheart here but I don’t think anyone needs to hear Mel Gibson’s atrocious Scottish accent when I’m talking about Scottish pride). 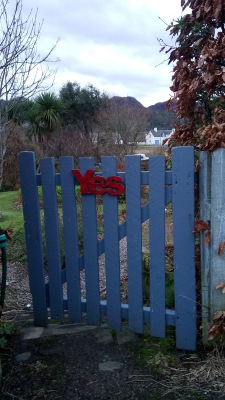 The referendum was very close and had a huge turnout of voters – 84.95% compared to 66.1% at the last general election. The No vote received 55.30% of the vote and the Yes vote 44.70%. In the Highlands the percentage difference wasn’t as much but it still went with No. 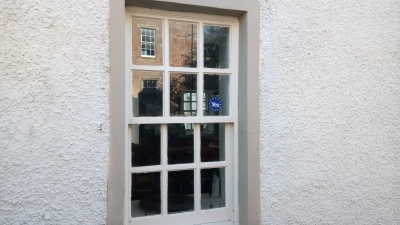 I found this anonymous quote that I think is quite fitting as my theme is the highlands:

Scottish by birth, British by law,
Highlander by the grace of God. 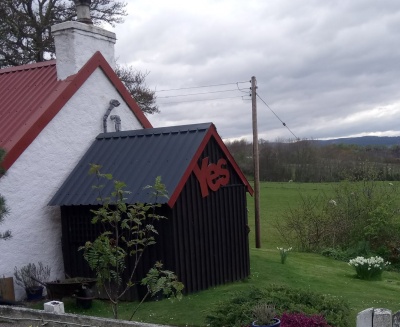 When we go to car shows we often see motorbikes and especially trikes with Scottish Nationalism plastered all over them. This purple trike (which I adored) is covered in Scottish flags, thistles, and it has the words from the declaration of Arbroath on the side.

This was a letter written to the Pope in 1320 in support of King Robert Bruce and an independant Scotland – you see, it’s not just a modern need to be independent, it’s something that is deep in the soul and has been passed down by generations.

On that very subject of history Robert Louis Stevenson wrote;

‘For that is the mark of the Scots of all classes: that he stands in an attitude towards the past unthinkable to Englishmen, and remembers and cherishes the memory of his forebears, good or bad; and there burns alive in him a sense of identity with the dead even to the twentieth generation.’

So there you have it and I’ve managed to just present the facts and not descend into a political debate as that’s a sure way to lose friends and start arguments. Before you go, why don’t you pop over to the A to Z blog and see what my fellow bloggers have come up with for the letter Y – Click Here to visit.

Until next time, be good, stay safe, and enjoy your day.