I can finally see the light at the end of the very long tunnel that is the A to Z blogging challenge and here we are at the letter W and living in Scotland it had to be Whiskey. People seem to associate whiskey with the Scots and I keep getting told that the reason I don’t like whiskey is that I haven’t tried the right one yet. Raymond Chandler famously said, “There is no bad whiskey. There are only some whiskeys that aren’t as good as others

Whiskey was brought to Scotland by the Monks in the 4th Century and has become practically the national drink. The clear water in the Scottish streams is used to make the whiskey and there are plenty of rivers for them to use. 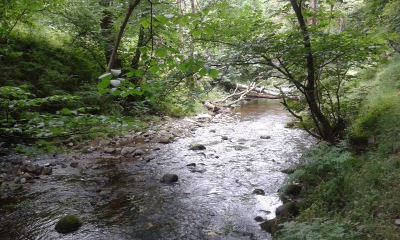 Walk into any pub in the highlands and you’ll have way too much choice when it comes to this drink – whiskey is very popular. 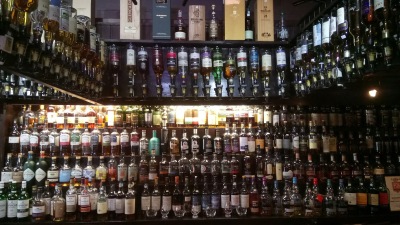 There are over forty distilleries in the highlands and islands, so you can’t drive very far without seeing one. Dufftown, which is 41 miles from us and is quite a small town, has nine distilleries around it. One of the most famous is the Glenfiddich family run distillery whose stills are pictured below. 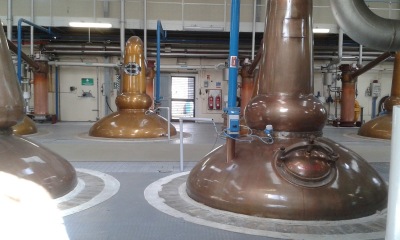 Whiskey is a big business and not only is the alcohol sold but also lots of crystal tumblers and decanters for serving the precious golden liquid in. 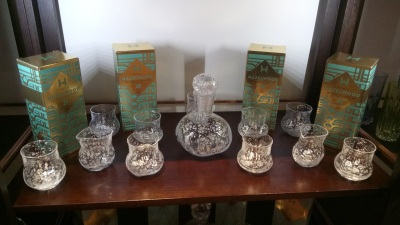 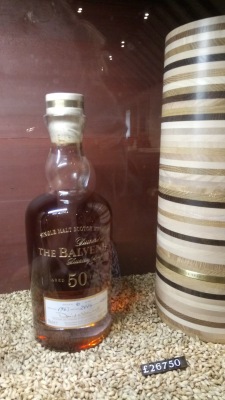 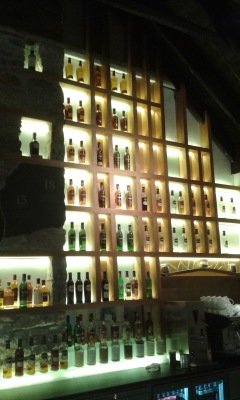 All around the highlands you’ll see things that represent the whiskey industry – lots of whiskey barrels for planters and mini stills dotted around the place. 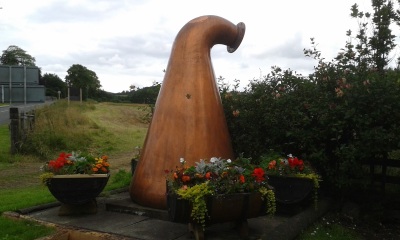 The other important thing to have in whiskey country is a cooperage to make the barrels. This one is not far from Dufftown. 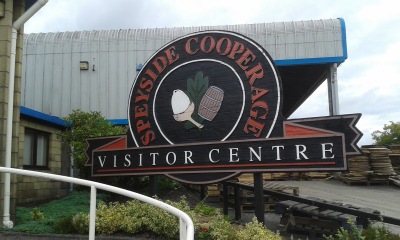 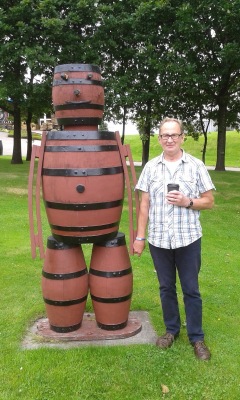 All through the grounds of the cooperage they have interesting things made of whiskey barrels including this interesting fellow that Ken was making friends with.
In their cafe they also had fabulous furniture made out of different sized barrels. 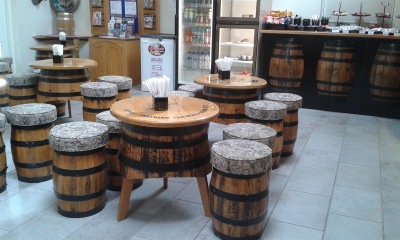 I love some of the names that whiskey is given, with these three being ones that have slightly unappetising names; Stag’s Breath, Monkey Shoulder, and Sheep Dip. 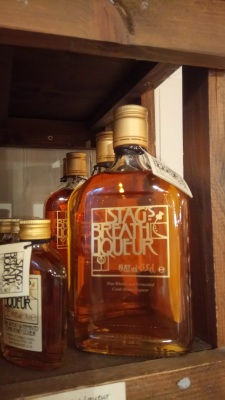 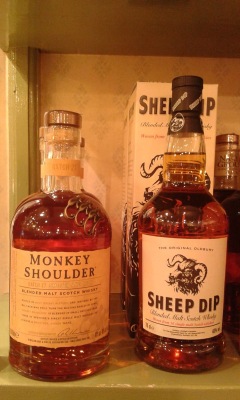 I think that now is an appropriate time to mention that Tasmania has a thriving whiskey industry and has even won best single malt in the world, beating all the Scottish whiskeys that entered in that year. 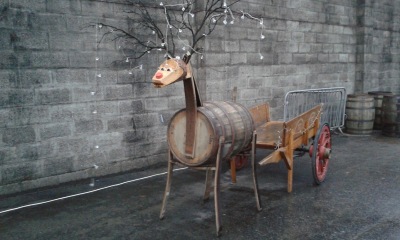 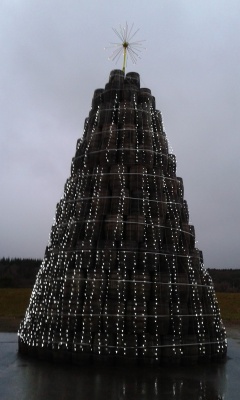 I really don’t like whiskey but a lot of people all over the world seem to so I think the industry will continue to grow. Before you go, why don’t you pop over to the A to Z blog to see what my fellow bloggers have come up with for W – Click Here to visit.
Until next time, be good, stay safe, and have a fabulous weekend.
Pamela & Ken
xxxxxxxxxxxx

7 thoughts on “W is for Whiskey”