Last Sunday was one of those days where we meandered wherever our feet decided to take us, the type of day where we laugh, explore, and act like we haven’t a care in the world (there are usually lots of kisses as well but I didn’t want to be accused of being too soppy).

We parked up in the shopping centre where my big kid of a husband found a car to have fun in – the observant amongst you may have noticed that he is now beardless.

I was a bit mean to my beloved who has been on his righteous no sugar kick, our first stop being a cafe that I had wanted to try for a while.  It’s called So Coco and as the name suggests they serve lots of chocolate inspired things.  I also love that on the cover of their menu and painted on their walls they have lots of very true quotes about chocolate – see menu cover below.

Ken tried a new drink that he’d never had before, Bundaberg Lemon, Lime, and Bitters – the reason I’ve included a picture is because of the really interesting ingredient that is in this drink and I’m guessing is the reason for the slightly pink tinge.  The colour is from purple sweet potato!!  Does your life feel more complete now that you know that?

I couldn’t resist the churros with caramel sauce – whenever Ken and I go to a music festival we always share a plate of churros, so with every mouthful there’s not just a scrumdillyicious taste, but also a great memory. 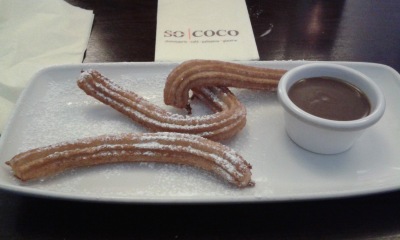 As we walked down the street towards the river we noticed that there was poetry carved into the pavement – I wonder if the locals even notice it beneath their feet.

Looking towards along the river Ness as it heads towards the sea. 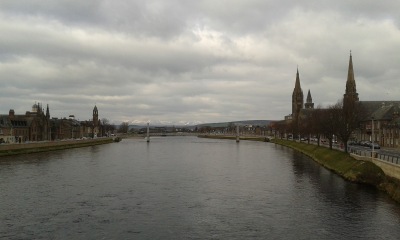 As we wandered along the river bank we came upon St Andrews Cathedral, covered by scaffolding but still beautiful.  Inside is just as beautiful.

We both loved this kneeling angel font – the sense of peace coming from it is amazing, and the wings are so well carved.

Here are a few photos to show you the lovely interior and some of the fabulous wooden carvings (and a strange man taking photos). 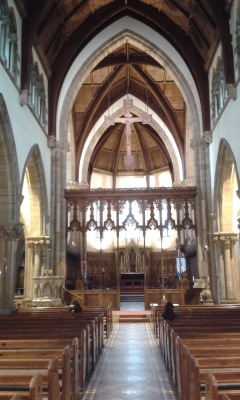 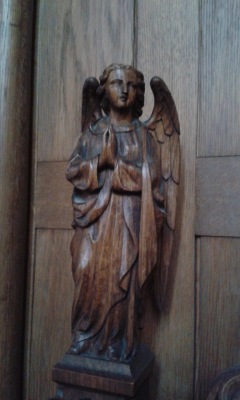 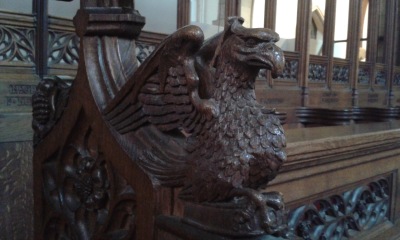 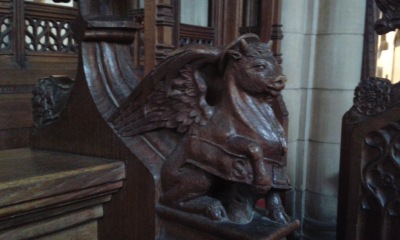 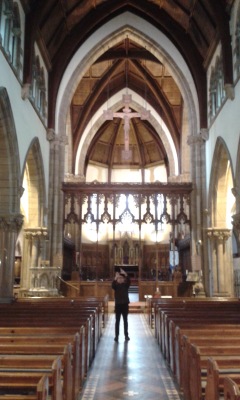 When we came out of the Cathedral we continued down the river bank until we reached the pedestrian bridge, crossing over to the east side of the river.

One of the reasons we crossed over is that we spotted this war memorial and wanted to investigate.  A really nice feature is that the gardens are dedicated to the nurse Edith Cavell who was incredibly brave and was executed in the first world war.

The words written on one side of the monument were really touching, especially the bottom verse where it talks about the river Ness.

This was a very uniquely interesting garden gate that we walked past – it’s so nice to see people marking their bit of the world with their own personal style. 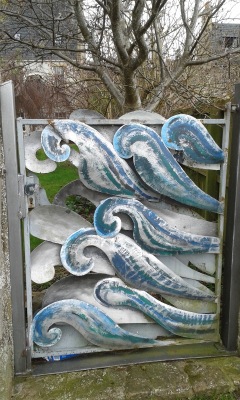 Duckies resting by the path that weren’t at all bothered by us when we stopped to have a chat with them.

Our next point of interest on our meander was Ness Islands – these are two islands, which as the name suggests are in the River Ness.  We just walked around the smaller of the two enjoying feeling like we were miles from nowhere but still in the city.  The island we were on has some beautiful wrought iron railings on the foot bridges and it is a great dog walking spot – we met loads. 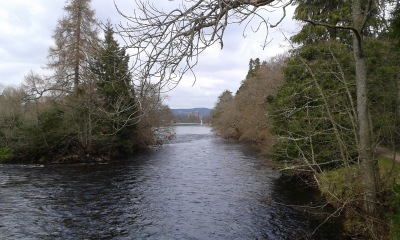 Now I was going to try and write an entire post without mentioning or showing a graveyard but I’m afraid I’ve failed dreadfully.  As we were walking along I noticed something under the trees and discovered this pet cemetery – we think they’re all dogs, and not all of them are old, some are very recent. One of the more modern ones simply had the dogs name and the words “his walk”. It’s soul restoring to see people remembering their furbies with such respect and love.

The River Ness is a very fast flowing river, originating at Loch Ness and emptying into the Moray Firth after a journey of 12 miles – I took the picture below as it sort of shows the movement of the water.

Another lovely feature of the island is the beautifully sculpted benches.  They’re all different shapes but all look incredibly comfortable – I can attest to that as I always like to stop and have a bit of a cuddle with my favourite man every now and then.

There were some really nice looking trees on the island so I felt the need to show them some love – Ken did too after he’d tried to push his tree over. 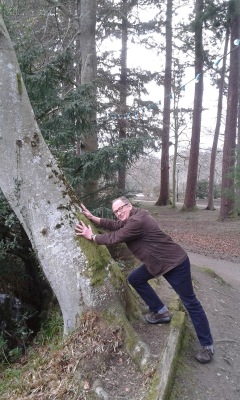 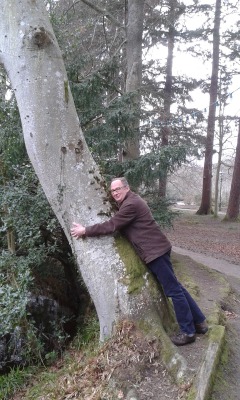 Part of the path we were walking is included in the Great Glen Way which is a 73 mile walk from Fort William to Inverness. 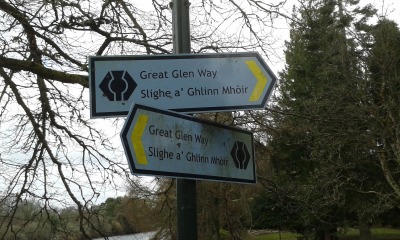 Two more bridges on the islands.

Right, now for todays spot the animal spot – on the little beach opposite is a gang of New Foundlands – they are such gorgeous looking dogs, huge, but gorgeous.  I would love to give one a hug as they look so soft. 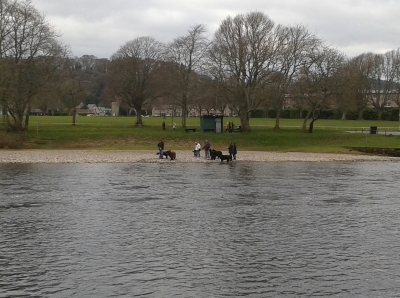 St Andrews Cathedral from the opposite side of the river. 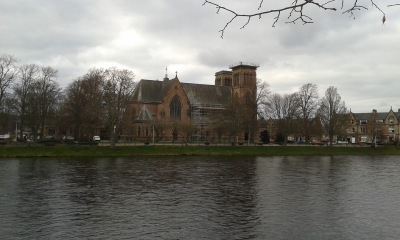 A statue of Faith, Hope, and Charity.

More ducks – These two were even less bothered than the other two.  We had a nice chat before we went on our way.

I couldn’t resist a proper spot the animal photo – in the below picture are two rabbits munching their way through the grass on the hill leading up to the castle. 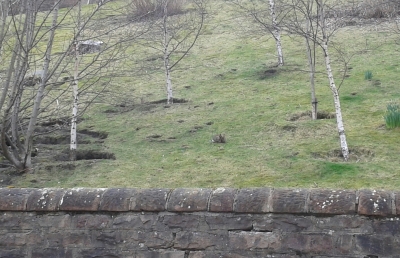 We hope you’ve enjoyed this wander around Inverness, the capital of the Highlands.

Until next time, be good, stay safe, and give a tree a nice big hug.