A lovely place to spend time near us is Findhorn Bay – there is a really long beach and if you’re lucky some seals to say hello to. It was a lovely cold crisp day when we went, and even though they were quite a long way out we could still hear the seals singing to each other.

The picture below is for today’s spot the seal moment – there was one seal swimming back and forth nearer the shore so that we could say hello to him.

My beloved and I rugged up against the cold – it’s a good beach for collecting a few rocks for painting, and I’ve already done one fairy door for our hallway. 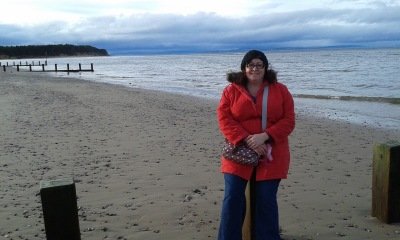 Two more wildlife shots – a seagull who was making sure everyone knew he was in charge, and in the one below that I promise there are lots of seals on the sand opposite us.  I tried to mimic their singing and that resulted in such a lovely comment from my beloved – I said to him ‘you must think I’m crazy’, and he replied no, it just makes life an interesting adventure.  He’s so lovely!!! 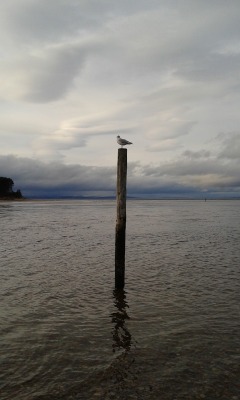 There were lots of dogs out for a walk, and the one below was getting anyone he could to throw his stick for him. I love having a chat to the puppy dogs that we meet.

Lots of people out enjoying the fine weather.

A very windswept selfie – I’m sensible and had a hat on to contain my unruly mop. 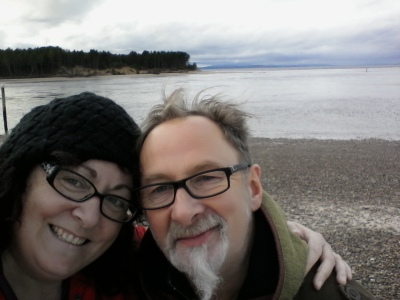 The path up through the dunes to the beach, makes it so much easier for those less able to get there.

Here’s a few piccies from around the village of Findhorn – it’s really lovely and the cottages are very pretty.

Ken found a lovely puppy dog to talk to as well – this one had beautiful eyes that you could gaze into for hours.

Our final stop for the day was Kinloss Abbey which is the remains of a Cistercian Abbey founded in 1150. There are some fabulous gravestones and as it was dusk whilst we were there it was very atmospheric.

In the grounds of the Abbey is a Commonwealth War Graves cemetery with 73 casualties of the second world war. The young men were a mixture of British, Canadian, Kiwi, and Aussies. I always take the time to walk around all the graves if I can, especially the antipodeans, as they’ve ended up so far from home. 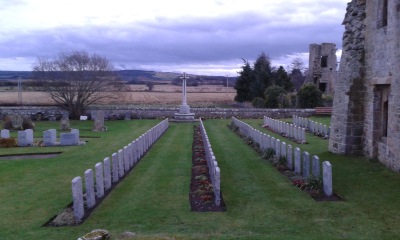 There are 3 Australians buried here, all from Victoria, and all way to young when they died. 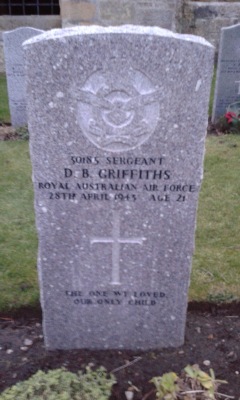 Here’s a few final shots from around the abbey – the headless Angel is hauntingly beautiful. 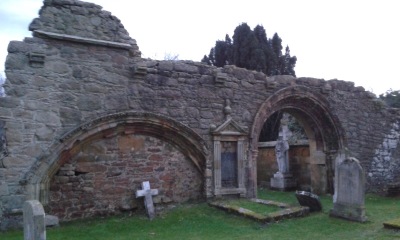 Hope you’ve enjoyed this visit to Findhorn bay and Kinloss Abbey- both well worth a visit if you’re ever in the area.

Until next time be good, enjoy life, and be kind to you.