Years ago my beloved and I stumbled across a music festival on our way home from somewhere – as it was late in the day we just went into the grounds to enjoy the atmosphere. It was one of those occasions where we said that we must come back – well finally we managed it and had a fabulous day at Towersey Festival on Saturday. 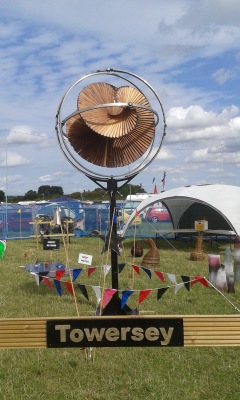 What a wonderful festival with so much going on amid a fabulous atmosphere. As we arrived there was a mass jam session going on with squeeze boxes, piano accordions, and concertinas. 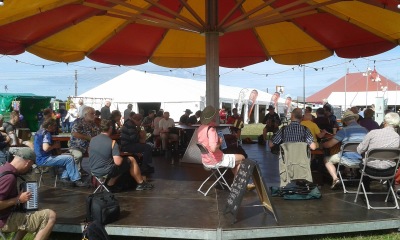 The whole area was really colourful with food stalls, and shopping stalls. I particularly loved the pixie one. 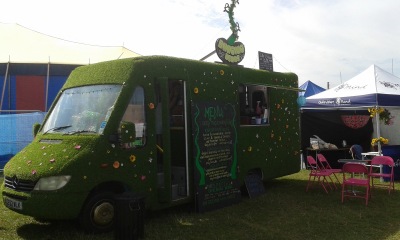 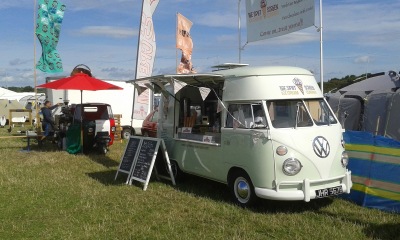 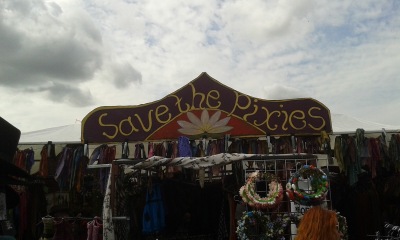 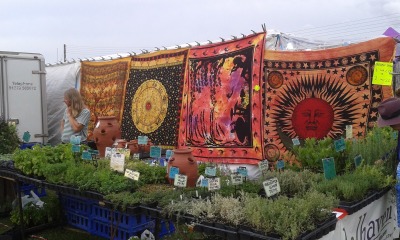 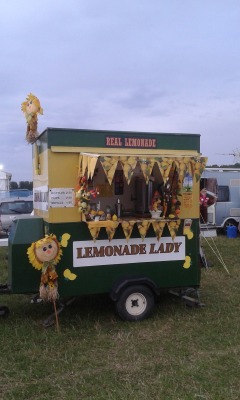 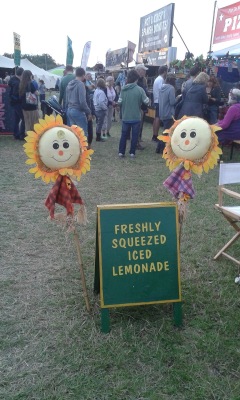 During the day there were regular Morris Dancing displays – it must take so much practice and I have to wonder how many serious injuries happen when they start using the sticks. There’s also a picture of one of the groups showing their fabulous outfits. 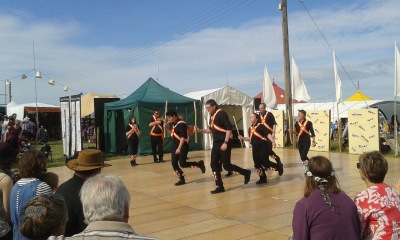 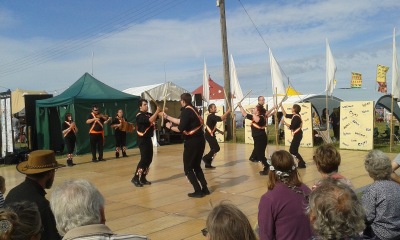 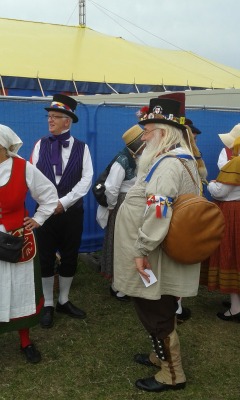 Now for something I haven’t done for a while – a picture of my beloved in a silly hat – enjoy. 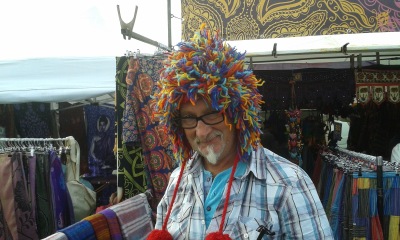 Below is the Ian English Boodlum Band – a really funny group who did their own versions of classic songs. Their version of Bohemian Rhapsody was something to behold. 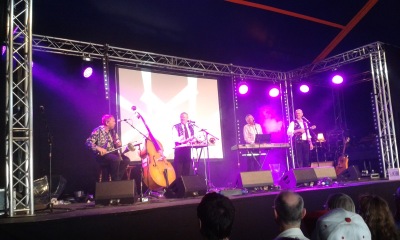 There was always something to see or enjoy around the grounds.

There was a stall selling wooden sculptures which were incredible – the bears were constantly being posed with and I would love one of these hand chairs. 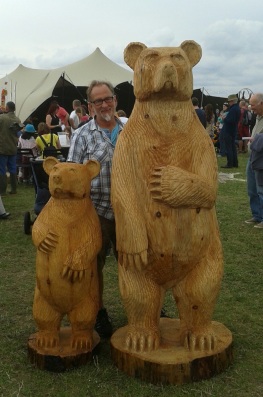 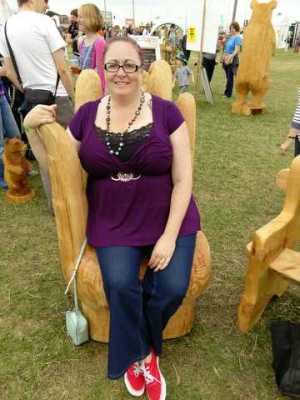 The music was fab and during the day we saw some great performances from people we’d never heard of but hopefully will hear more from in the future. 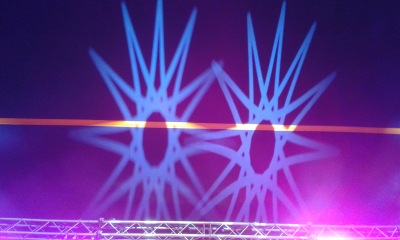 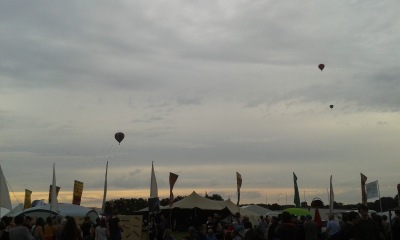 Hot air balloons that took off from a field adjacent to the festival – the one below is decorated with the RAF insignia. 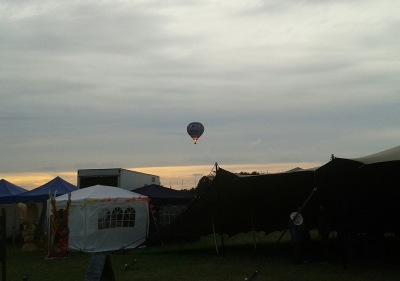 As the sun set the area became even more magical with a beautiful sky and lights creating a great evening atmosphere. 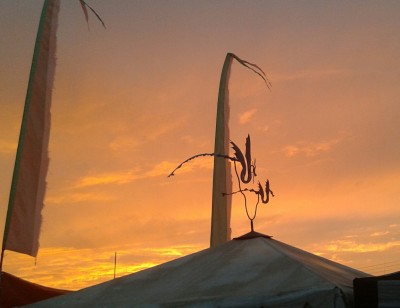 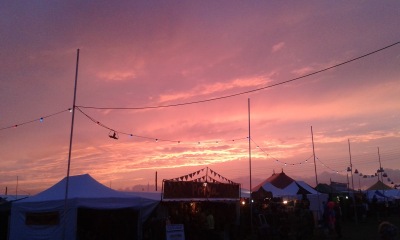 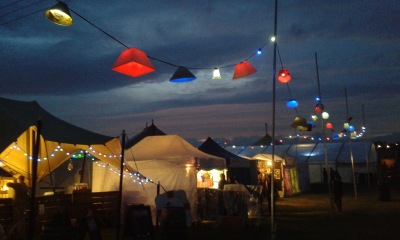 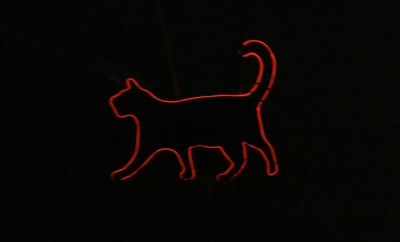 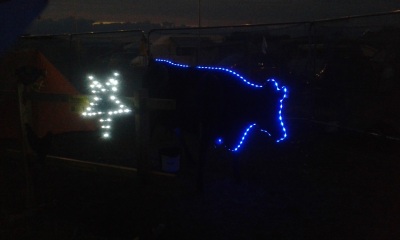 In the Festival Dance House there was a party going on with barn/square dancing being supported by Blackbeards Tea Party and dance caller Gordon Potts (in the kilt). 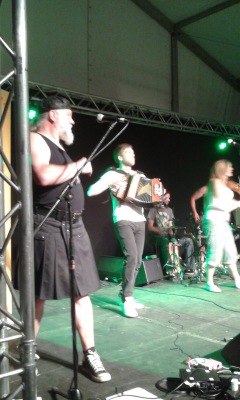 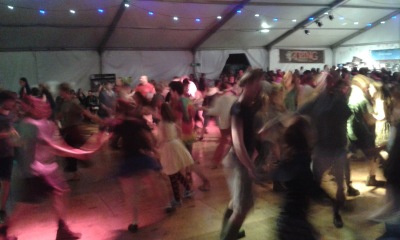 I loved these skull lanterns that held tea lights – if we had a garden I would definitely have bought some. 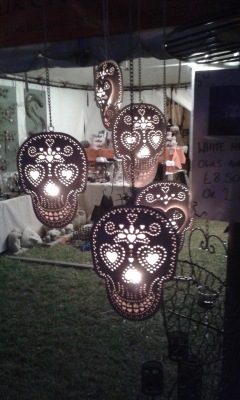 The highlight of the day was Bellowhead – Towersey was their final ever festival performance before they finish as a group next year. They have a farewell tour, but this was special – one of those times when we can say “we were there!” If you’ve never heard them then look them up – between the 11 of them they play over 20 instruments and put every bit of their energy into every song. Every time we’ve seen them perform we’ve come away with such a sense of joy that I think they should bottle it. 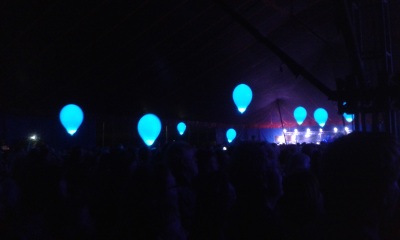 So that was Towersey Festival – if you’re interested then next year’s is August 26 – 29 and is near Thame in Oxfordshire. We highly recommend it.

Until next time be happy, stay safe, and listen to some music that gives you the feel good factor. 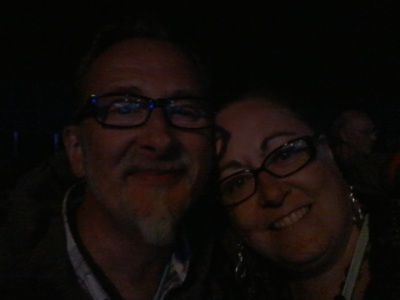