It’s been a real Christmas themed weekend despite it still being November (my beloved keeps muttering this as he has a thing about Christmas too early in the year). Today we went to the Baxters Village near Fochabers to see Santa arrive in the Highlands. Lots of kidlets had been dragged out in the cold to see the jolly old man, and there were lots of irritable parents and whiny children. Annoyingly, in the middle of everyone there was one old man smoking so we had to move away from him as it was awful.

Trying to keep the crowd happy whilst we waited was Rudolph and Sugar Plum Mary.

Finally Santa arrived in style, on the back of a Rewaco trike.

Once Santa had arrived and was being mobbed, we headed to the dining room before everyone else did – it was a smart move, as no sooner had we sat down than a huge queue formed. When I told people at work that we were going to the Baxters village they told me that I must try the pancakes as they’re ‘amazing’. 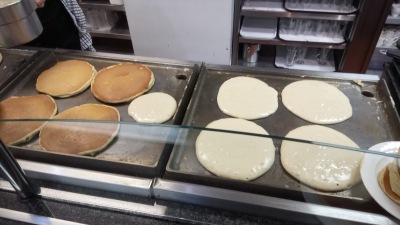 The pancakes are huge (remember we are in Scotland) so I only had one, and I went old school with maple syrup and icecream. There were lots of other options but this is my favourite. I only managed to eat about half of it, and the sweet waiter offered me a takeaway box for the rest – I didn’t accept as I don’t think the ice cream would have made it home in one piece. 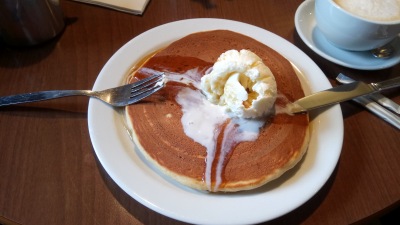 After our sustenance we headed around the shops to look at all the lovely Christmassy things. The food hall always has lots of lovely things on display, and wonderfully they had lots of tasters, mulled wine, and mince pies. We tried lots of pieces of fudge and I think our favourite was the panettone fudge – the Christmas pudding fudge was not nice.

After the food hall we went in the whiskey shop, and I was fascinated by the fact that is written above these bottles. It states that Speyside (the area around the River Spey) contains more than half of Scotland’s distilleries – that’s amazing!

One of the shop assistants was trying to tempt me with a taste of whiskey, but I declined as I really dislike it (slight problem being in Scotland) so then she offered me Gin, but I have the same problem, awful stuff. Her next salvo was to ask if I liked Baileys, which I do, so she gave me a sample of a whiskey cream liqueur called Magnum and hey presto, I loved it. There was one older gentleman in the shop who I think had tried one too many samples, he was a little bit merry.

In the courtyard between the shops was a brass band performing Christmas Carols – they must have been freezing, and their lips must have been so cold on the metal. Despite the cold they sounded wonderful.

Our next stop was the Christmas shop, which is my favourite, and yes we did buy a new Christmas decoration. At the back of the shop is the grotto with Santa, so lots of kidlets and irritated parents queuing to see him. 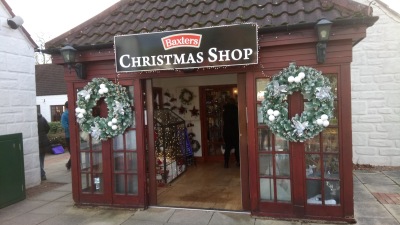 There are so many things of loveliness in the shop that I’m just going to share lots of photos for you to enjoy. 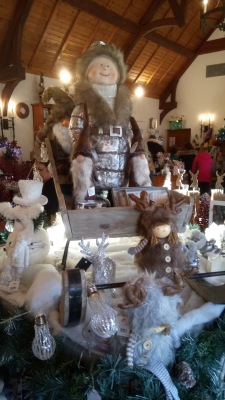 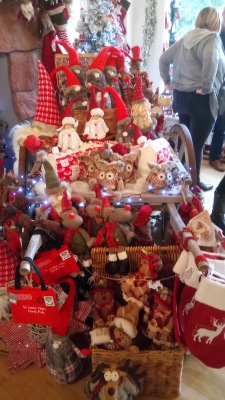 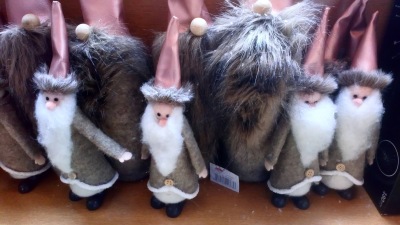 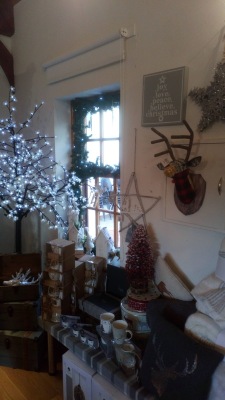 On this lovely letter box for letters to Santa the times of collection are; Bedtime, After Dark, and Fast Asleep. 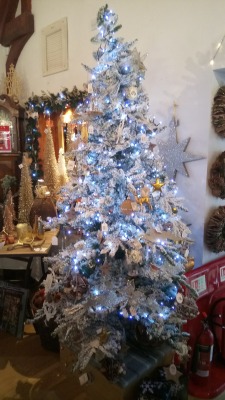 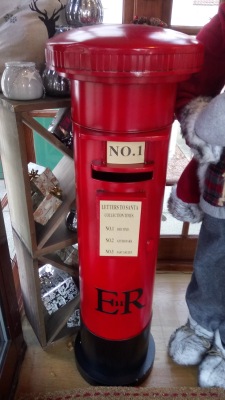 It was a really magical day out and I was very excited to see Santa. Do you still get excited by Santa, or are you too mature for that now?

Until next time, be good, stay safe, and I hope all is good in your little corner of the world.

3 thoughts on “Santa Arrives in the Highlands on a Trike!!”