Wednesday Hodgepodge time with the questions posed by Joyce from the blog From This Side of the Pond.

1. What takes you out of your comfort zone?

Talking in front of large groups!!! So what did I choose as a career choice in 2008? I became a lecturer in palliative care which meant I had to quite regularly speak in front of groups and sometimes they were quite large. The most stressful one, where I really thought I was either going to pass out or throw up before I made it to the front of the room was when I spoke at the Dying Matters conference in London about what I had organised at work around cultural awareness at end of life. I’m so glad I did it but I think it aged me quite a bit that day.

What am I doing this Saturday? Speaking at a remembrance event at Inverness Cathedral – as you can see, I’m a bit of a masochist and probably wont sleep the night before.

I’m not the biggest fan of aniseed tastes in savoury food, so my least favourite spice is a toss up between anise and fennel.

Over the last two years I’ve slowly been reducing my sugar in my coffee and I’m down to one teaspoon so hopefully I’ll be able to get rid of that over the next six months or so. I’ve done the reducing from three sugars very slowly as I need my tastebuds not to rebel too much at the change.

4. Do you enjoy visiting historic homes? If so, of the homes you’ve visited which one was your favorite? What historic home near you is open to visitors? Have you been? Southern Living rounded up eleven of the best in the southern part of the US and they’re as follows-

Have you been to any on the list? Of the homes listed which would you most like to visit?
I love visiting historic homes and seeing how people lived in the past – so fascinating all the little aspects of everyday life. I have actually been to one of the homes listed above – when I visited the states in 1991 one of our stops was Mount Vernon (Washington’s home in Virginia). Seeing George and Martha’s tomb was a highlight for me and the slave memorial was incredibly moving. Interestingly the hospital I worked at in outer London for 16 years was Mount Vernon.

I think my favourite historic home that I’ve visited is Hampton Court Palace, the home of the notorious King Henry the eighth. It’s an incredible building and it is supposedly haunted by several ghosts, notably Jane Seymour, Henry’s third wife who died in childbirth, and Catherine Howard, Henry’s fifth wife who was beheaded at the age of 19.

5. What’s something you think will be obsolete in ten years? Does that make you sad or glad?

In ten years time I think, or hope, that nuclear weapons will be obsolete – I may be living in a dreamland but at least in my land there’s no chance of a nuclear war. This would make me very glad.

6.  Insert your own random thought here.

Today my fellow Australians voted overwhelmingly in favour of marriage equality in the plebiscite – every state voted yes. Today I am even more proud to say that I am Australian. 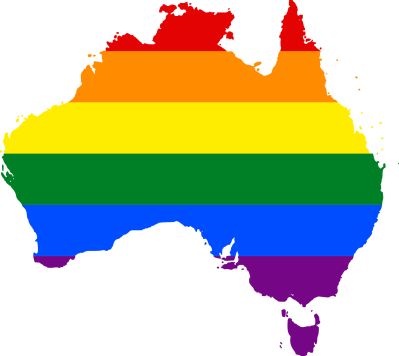 Before you go, why don’t you pop over to Joyce’s blog, From This Side of the Pond, and see what my fellow bloggers have come up with for their answers.

Until next time, be good, stay safe, and I hope you don’t get pushed out of your comfort zone too much this week.

2 thoughts on “A Historic Hodgepodge Moment”