We’ve been having a bit of a heatwave here in the north of Scotland, with it getting up to 29 degrees on Friday – shockingly Ken even put his shorts on for the first time since we’ve moved to Scotland. Today it’s back to normal being mid teens but still very sunny and lovely so we went went for a day out to the Highland Folk Museum at Newtonmore which is 47 miles from us.
It was vintage day at the museum with lots of old vehicles on display and of course Macbraynes buses were there – whenever there is an occasion for old vehicles, the Macbraynes will be there. 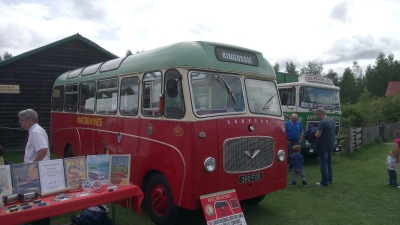 This was a heritage cooking demonstration of how to make that staple of past lives, Spam fritters. For anyone that doesn’t know, Spam is a tinned meat that was first produced in the 1930’s and gained popularity during the second world war. 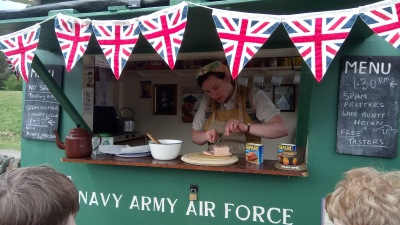 All sorts of old forms of transport were on display, including these bicycles.

The first bike in the row above was used in Australia by sheep shearers travelling between sheep stations – the bike itself comes form Perth.

There were stationary engines in all shapes and sizes, which my beloved really enjoys looking at, and this one was of the small, almost cute, variety. 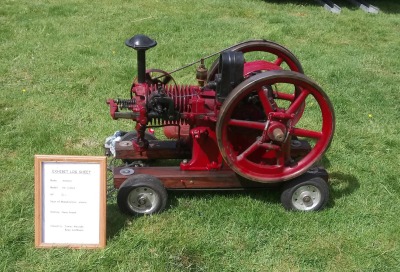 Around the folk museum site are recreated houses showing how highlanders lived from the 1700’s to the 1960’s. The homes are furnished with appropriately sourced furniture and belongings and this one below actually took me back in time as it smelled just like my nanna and grandad’s farmhouse used to smell.

In another building they had this display which showed lots of different ways that butter has been made and churned over the years. On another table in this room were lots of paddles for shaping the butter and wooden stamps for putting designs on the butter.

This very realistic cow had teats so that people could have a go at milking. There were also chickens, ducks, sheep, and horses dotted around the museum with the cow being the only fake one.

There was a display of vintage tractors with the one here on the left looking like it needs a bit of love.

This beautiful kitty cat was curled up in the sun sleeping and wasn’t at all bothered by all the people walking past. He’s a little rough around the edges with quite a scabby looking head along with quite a few bumps that I could feel. I just wanted to wrap him up and bring him home with us as he looked like he could use some pampering.

One of the much older homes on the museum site – a black house which was common in the Scottish Highlands. 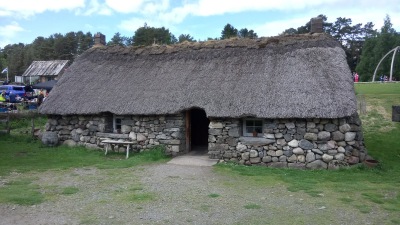 The school was set up really nicely and there was even a scary headmaster who was marking tests and ending up terrifying a child enough that she refused to enter the room. 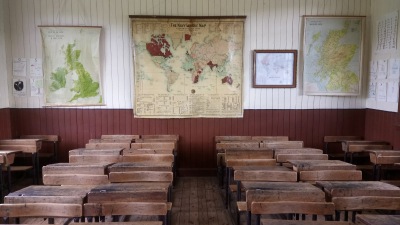 Ken felt like he was back in his childhood sitting at one of the desks with his little chalk board.

Now, just for all you petrol heads out there, here’s a few pictures of the cars that were on display. 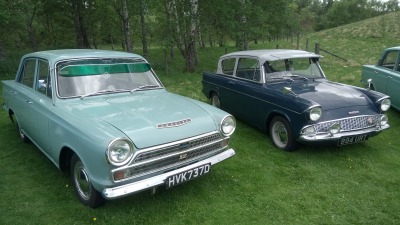 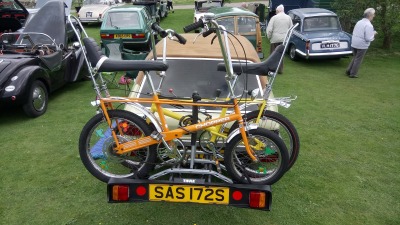 This isn’t the first time that this lovely purple car has made an appearance in our blog, a couple of weeks ago we came across it when we were out exploring ancient woodlands and graves.

Here’s the inside of the church which was very peaceful apart from the piped in music of people singing which wasn’t pleasant at all – it sounded more like someone trying to strangle a cat.

Here’s a couple of really interesting artefacts that were in the church. This is a bottle of water from the River Jordan for Christenings in the 1870’s.

This bible was used during court martials in 1857/1858 with all of them recorded in the bible.

After a lovely couple of hours at the museum we headed home but of course we had to stop for sustenance which we did at Boat of Garten and the fabulous 1896 Gallery and cafe.

It’s a really nice place to stop for a break and enjoy the art and jewellery on display around you.

My choice – latte and a piece of pimms cake. 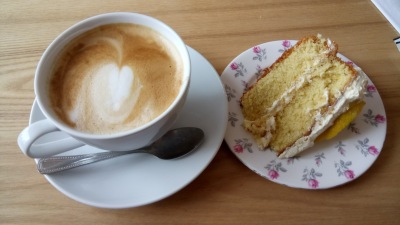 Despite all the beautiful artwork in the gallery the most wonderful thing to look at was sitting across the table from me – my gorgeous husband. 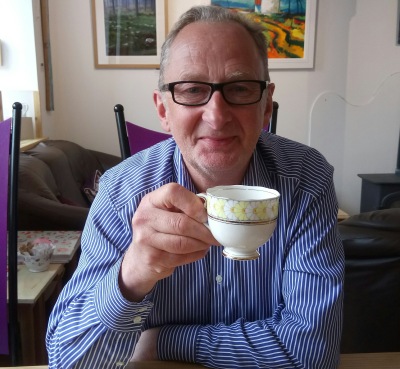 That was our Sunday out – I hope your day has been a good one. Until next time, be good, stay safe, and take some time for yourself this week.
Pamela & Ken
xxxxxxxxxxxx
P.S: Look, my beloved has legs.

8 thoughts on “Vintage Vehicles at the Highland Folk Museum”