I thought I would share with you a few photos from our honeymoon on the Greek island of Samos. We were married at the end of 1999, but because we’d travelled to Australia for our wedding we didn’t have a honeymoon until the middle of 2000. 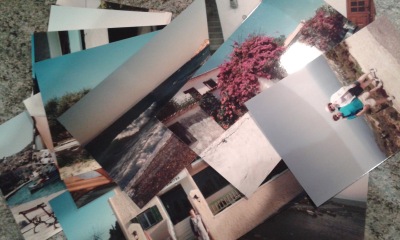 We stayed at a great little place called Hotel Dimitra –  Ken was corrected quite loudly by our bus driver when he made the mistake of calling it Hotel Dimitri. One of my favourite memories of this hotel is being woken up by the sound of my husband jumping around the room at 2am trying to kill mosquitos with a towel,  and yes,  he was naked!!  Before I realised what he was doing I thought he had well and truly lost the plot. 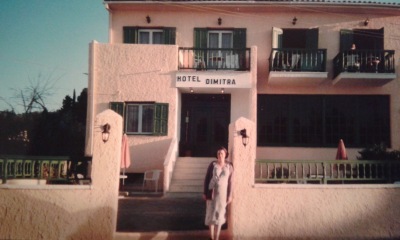 Samos is a beautiful island in the eastern Agean sea and is very close to Turkey.  Pythagoras the mathematician was born there and it was the sanctuary of the Goddess Hera who was the protector of women and marriage. 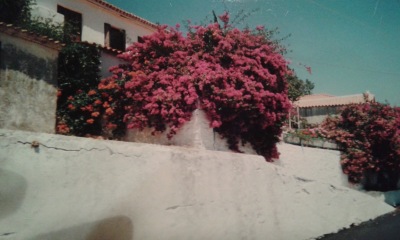 The town we stayed in was Kokkari –  lots of lovely restaurants, very friendly people,  and a great beach. Apparently it’s very popular with windsurfers but we didn’t see very many. 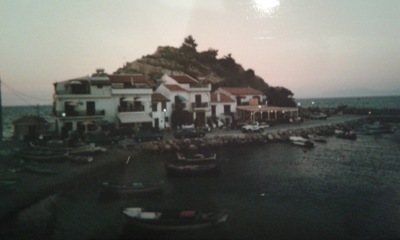 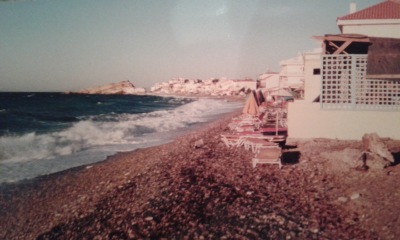 The other wonderful thing was the number of cats there for me to chat to. Lots of them are strays but they get given food and as you can see by the picture,  they make themselves at home. 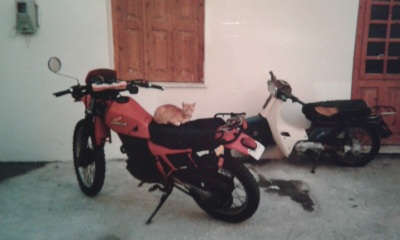 We went to Hera’s temple,  which was one of the largest temples in Greece. 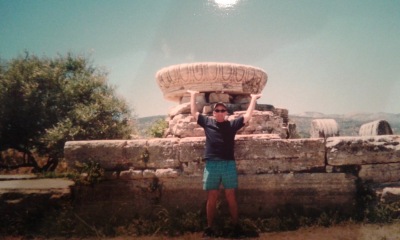 On one of our adventures we got slightly lost and ended up in a town further along the coast where we came across Hotel Koala – I so love it when I find Australian things totally out of context. 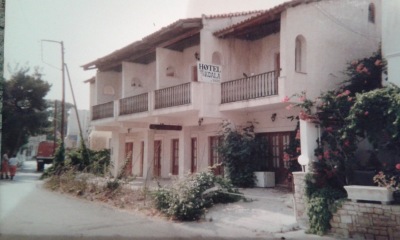 During one of our walks up into the hills. 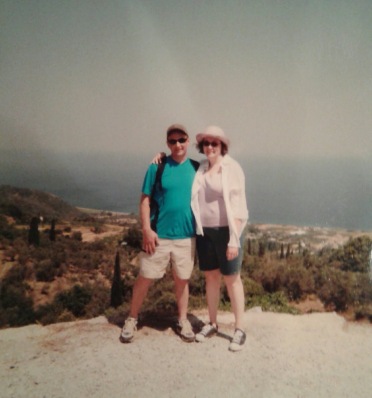 It was lovely being able to sit outside for every meal and we did enjoy a few cocktails – it would have been rude not to. 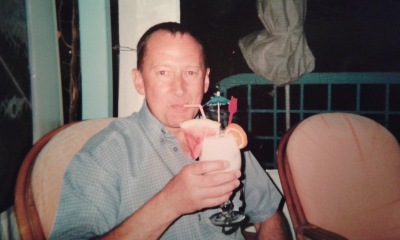 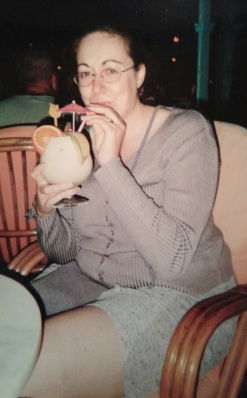 Because we were so close to Turkey we did a day trip over to visit the city of Ephasus. This is a city that is over 5000 years old and excavations started in the 1800’s. Despite this long period of archeological exploration,  it is believed that less than 15% of the city has been uncovered. 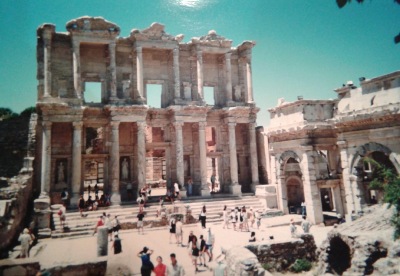 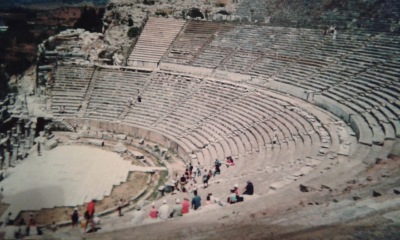 Pictuesque harbour –  we went by boat to Turkey which my beloved found quite difficult.  He was sitting with his eyes closed, chanting to himself “I’m on a plane,  I’m on a plane” – no, this wasn’t more evidence that he was losing the plot,  he gets seasick. 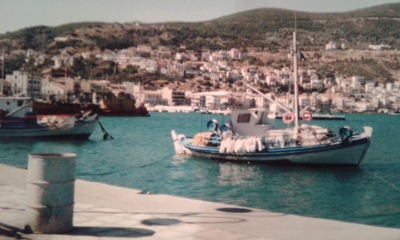 This picture was taken on another of our walks,  this one to the monastry of Zoodochou Pigi – I was amazed at the number of girls who hadn’t taken anything with them to cover their legs out of respect,  so of course they were turned away. I carried a long skirt in my bag for just such an occasion. 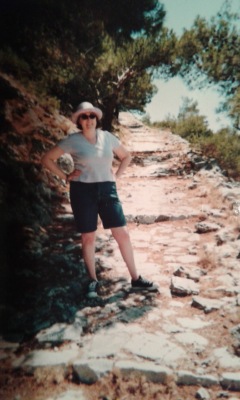 So there you have it,  nearly 17 years ago – how time flys when you’re having fun

Until next time,  be good,  stay safe,  and be kind to yourself this weekend.