After a couple of weeks break I’m back with Top Ten Thursdays – things that did or didn’t go to plan. Found this subject quite difficult as some are things that I think people would find very boring and others are things that I can’t really share in public. Number 1 is the best one and I wish I had video footage of it as whilst we were in it the embarrassment overruled the enjoyment.
1. When my beloved proposed to me (that’s a whole other story) we decided not to tell anyone as Ken wanted to do the right thing and ask my dad for my hand in marriage, and as my parents were coming to the UK in a few months we felt that was a perfect time. In the meantime we happened to find our perfect wedding rings with a Celtic design so went ahead and ordered them rather than wait and then not have them available. Mum and dad arrived and we took them round to Ken’s place for a drink and for my nervous fiance to work up the nerve to do the deed. As we were all sitting there innocently drinking coffee the phone rang, and Ken let it go to the answer machine – the message was: “Mr Wright we just wanted to let you know that your wedding rings are ready to be picked up”. Ken and I wanted the ground to swallow us up and my parents thought it was hilarious. Moral of this story – don’t have an answer phone that everyone in the room can hear.

2. Deciding to leave my nice safe life in Tasmania to work in Saudi Arabia for a year turned out to be something that worked out really well – I made lifelong friends and met the adorable Scotsman that several years later was to become my beloved.

3. We love going for walks when we’re on holiday but one that we did on Scalpay nearly turned into a rescue mission as we underestimated the length of time the walk would take, though to give us some credit we were following the instructions in our walk book and the time that it said. I was at the point that this picture was taken that I had my usual moment on our walks that had me telling Ken he had to get a helicopter to fly me out. Anyway, I made it to the end and then our plan was to walk back but as it was getting dark thought better – fortunately for us a very nice man in a minibus stopped and gave us a lift back to the nearest town and then when he’d done what he had to he drove us back to our car. Moral of this story – double the time that any walk says that it takes.

4. Planning a wedding from the opposite side of the world was incredibly challenging, but thanks to my wonderfully organised mother our wedding turned out to be one of the best days of our lives.
5. When Ken decided to bring Bertie (our previous dog) home to live he didn’t give me any warning, just came home from work one day with him (he was Ken’s police dog). This could have backfired but instead Bertie Boo converted me from a non dog person to a crazy cat lady that is also a dog lover.

6. We planned to adopt two rescue cats but unfortunately because we lived in an upstairs flat in London none of the rescue centres would let us have a cat as they had to have access to a garden. Upsetting, but it led us to our two brats that we got as kittens from someone whose cat got pregnant unexpectedly, and we’re so glad that we did get them as they completed our little family. 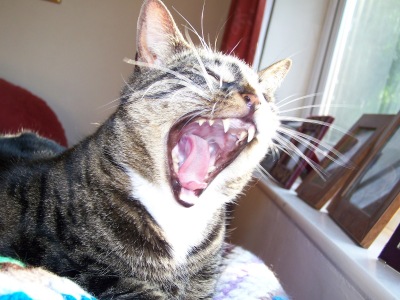 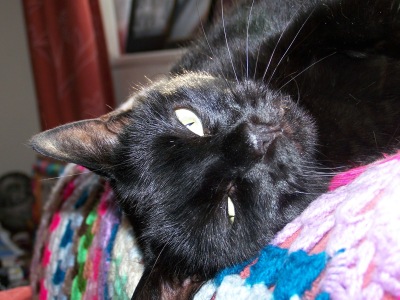 7. In 2012 I interviewed for a job in the Scottish Highlands as Ken had retired and we both felt it was time to get out of London. Unfortunately things didn’t go to plan and the job was not to be mine. This turned out to be the right decision as it meant I got to work in the wonderful Maggie’s West London, meeting incredibly amazing people.
8. In 2015 the same job came up again and this time everything went to plan and we moved in the middle of winter to the beautiful town of Nairn which is now our home. 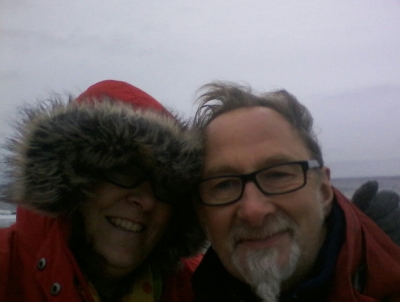 9, In 1986 I interviewed to become a nurse, something I’d wanted to do since I was 6 years old. My lifelong plan went out the window when I wasn’t accepted into the training at our nearest general hospital. A few months later I received the news that as someone else had dropped out I was going to get to fulfil my career dreams. So another plan that didn’t initially go to plan but then worked out in the long run.
10. When I was in my mid 20’s I made a plan to travel to the UK to work and travel for a year and then return to my native land of Australia. My plan met a major road diversion when my beloved and I found each other, fell madly in love, and knew we had to spend the rest of our lives together. Return ticket didn’t get used but the plan of travelling and working continues, it’s just a little less freeform and I have a truly wonderful travelling companion. 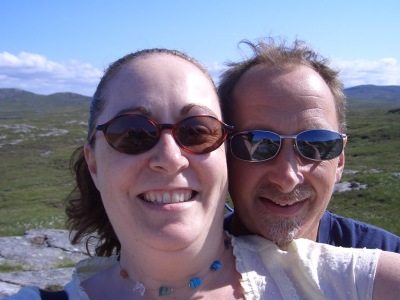 As you can see by this list, not everything that doesn’t go to plan is a negative – life has a way of throwing curveballs at us and sometimes they’re exactly what we need.
So what things in your life have not gone to plan and then eventually turned out to be the right thing for you, or what things turned out exactly the way you planned. Why don’t you pop over to Tamara’s blog, Confessions of a part-time working mom to see what my fellow bloggers have come up with.
Until next time, be good, stay safe, and plan to do something wonderful over the next week.
Pamela & Ken
xxxxxxxxxxxx