We always enjoy a drive to Burghead as it’s a lovely little town with a nice beach and a great cafe. On this visit we went down onto the beach to check out the remains of a shipwreck that juts out of the sand. Whilst we were looking at it and taking photos we didn’t realise that the sneaky tide was doing a flanking maneuver on us and had come in around us, leaving us on dry land, but we had to walk through water to get back to the harbour. 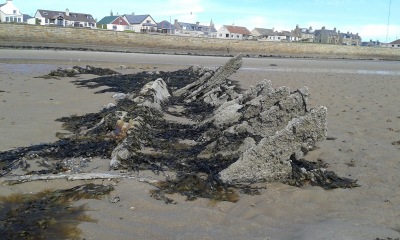 This is me, shoes in hand, wading through the water trying not to get my jeans wet. You can see the nice little piece of dry sand behind us. 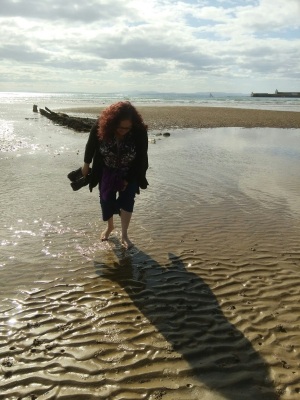 When we walked up the steps to the harbour we discovered some very old graffiti carved into the steps. It’s even older than my beloved. 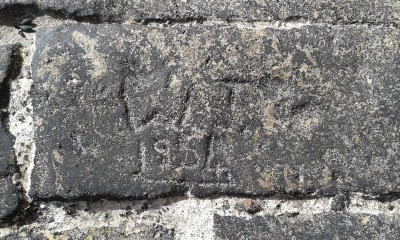 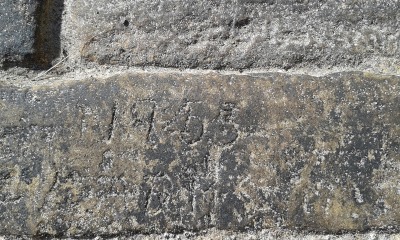 Looking back to the beach showing the shipwreck surrounded by water. 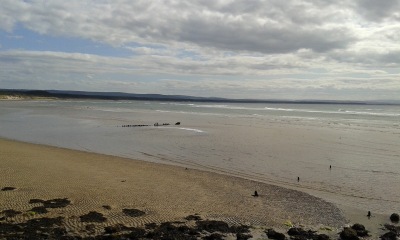 We then travelled a short distance along the coast to Roseisle beach. During the second world war the Moray coast was considered a vulnerable area for attack, so concrete anti-tank blocks were placed along this beach. There are also some pillboxes where lookouts would have been stationed.  As you can see from the below picture, the sands have shifted and so have the defences. 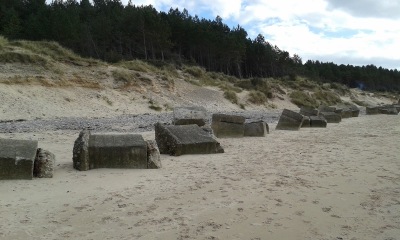 About the middle of this picture there is a bit of wood sticking up through the sand, which is in line with several bits of wood which we think are posts of some sort. Guessing that they’re also part of the old defence system. 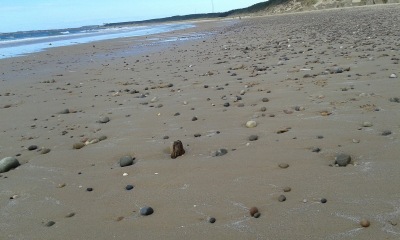 Corsican and Scots pines were planted in the 1930’s to try and stabilize the sand but as you can see the sands continue to shift with the trees losing the battle. 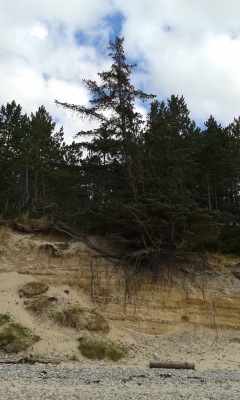 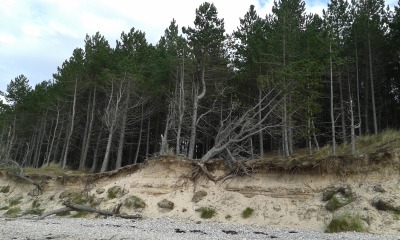 Windy selfie. Despite it being windy there were several barbecues and picnics going on as behind the tank blocks it was quite sheltered. We’ll definitely be going back there for a picnic in the future. 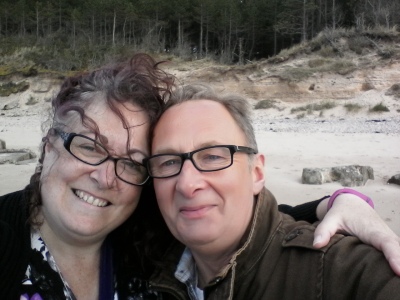 We walked quite a way in one direction, and when we turned around to come back there was no one else left on the beach, which was lovely. 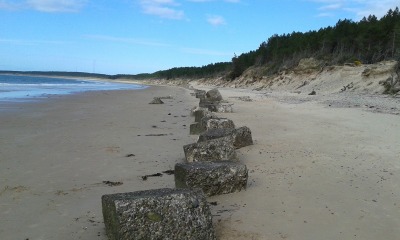 If we decide to have a barbecue there’s plenty of wood around to use from the trees that have fallen off the dunes. 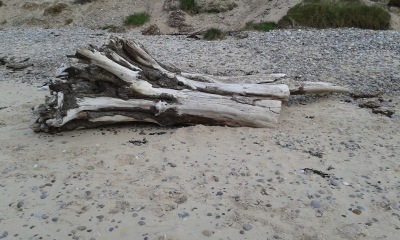 One of the pillboxes that is slowly being eaten by the sand. 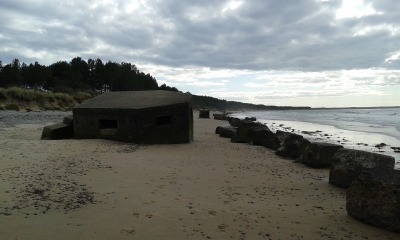 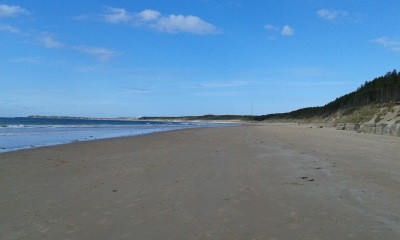 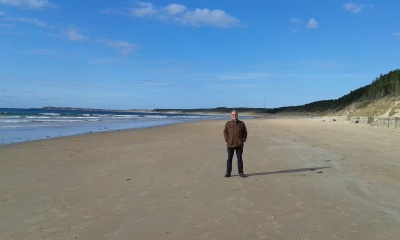 Beautiful sky at the end of the day. 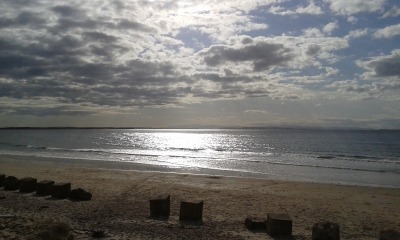 Really lovely seat up in the dunes – it is a large piece of rock with interesting carvings in it.

The trees competing with the sands – it’s really prehistoric looking, especially with no one else around. 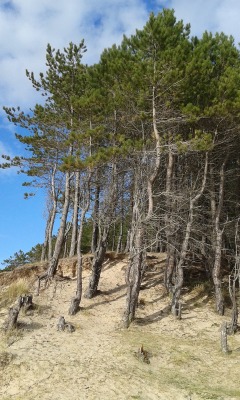 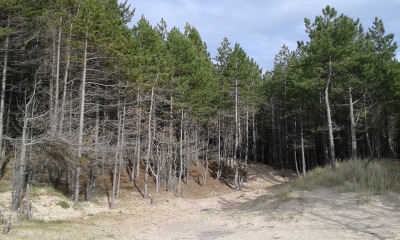 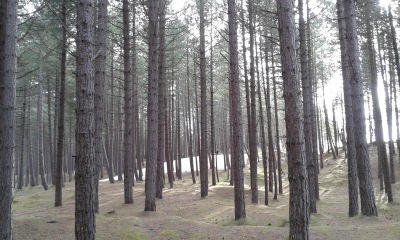 On our way home we stopped so that I could have a chat to these two chubby lambs and their very moth eaten mother. 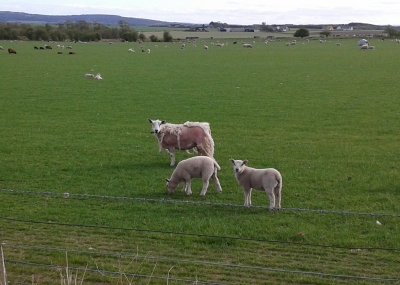 That’s all for today – until next time, be good, stay safe, and have a fantabulous week.

P.S: Final two pictures, the Peatbog Faeries who we went and saw last night, they’re a rocky, folky Scottish band, and the sunset at 11pm last night – the days are getting a lot longer. 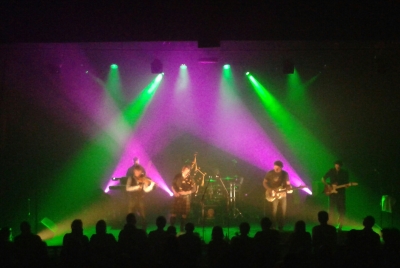 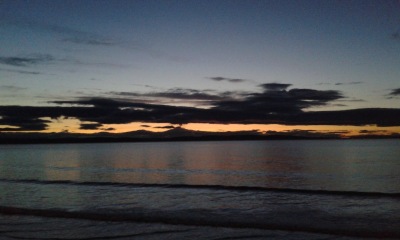 2 thoughts on “Beaches, war defences, and a shipwreck”