Continuing our weekend in Edinburgh. One of the great things about doing an open top bus tour is that you get to see things that you might not notice from down lower, for example the back end of a cow that was sticking out of a wall and a lovely little lion/imp on top of a wall.

I also fell for this cute pig that was being used for advertising outside a shop.

One of the legends of Edinburgh is that of Greyfriars Bobby. This is a little dog that stayed by his master’s grave until he himself died (some people say that it’s not true but I think they’re humbugs). Because of being a dog he wasn’t allowed to be buried near his master because of hallowed ground, but he’s not too far away. What’s really sweet is that along with flowers, people leave sticks and dog toys on his grave. 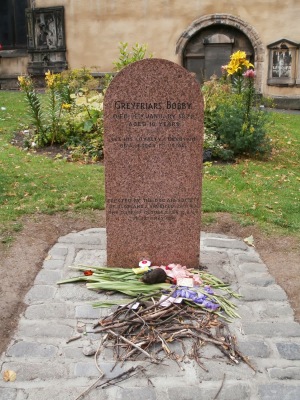 The rest of the graveyard has got some great headstones (yes I know I’m a bit sad) and is very atmospheric. One of the continuing themes seemed to be skulls and skeletons – a selection below. 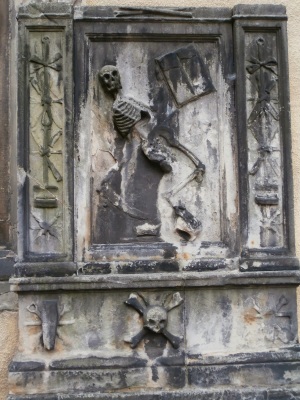 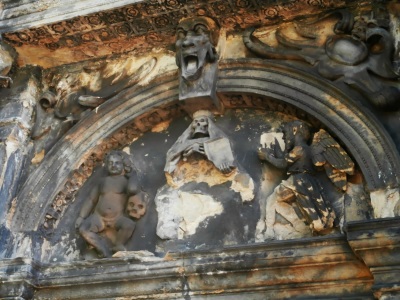 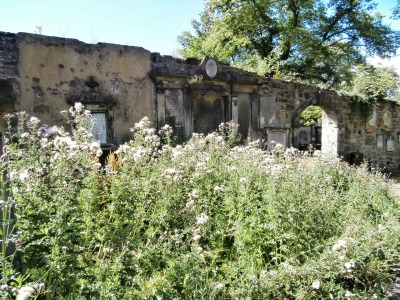 The church is quite small but it has some beautiful windows. 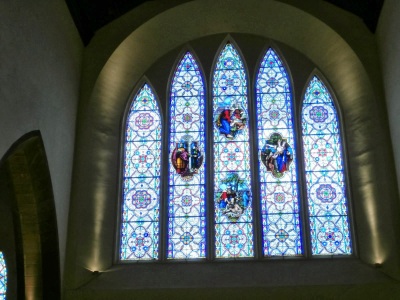 One of the other places we hopped off the bus was Holyrood Palace which is the Queen’s  official residence in Scotland.  It was founded in 1128 as a monastery. There was a lovely cafe nearby and if you showed your bus ticket you got a free shortbread shaped like a crown.

Give us a biscuit shaped like a crown and what else did you expect us to do – no, I didn’t notice any funny looks.

Everywhere you turn in Edinburgh there are beautiful sights and I loved these steps leading up to the old town – we didn’t walk up them, my excuse is that it was raining.

The entryway below led to a fancy restaurant – I bet it looks magical at night. I love finding cute things like this.

When we did go for our evening meal we ate at a lovely little place that had tables in the basement – as there were no windows they had painted the skyline of Edinburgh on the walls which looked fabulous and was very romantic though we don’t need any excuse.

Here are a few more shots of the amazing buildings in Edinburgh – one of them has a great name, the Carlton, though it’s bittersweet this week after my Blue boys are now out of the AFL finals. The Carlton and the Scotsman stand guard at the end of one of the bridges,very dramatic. 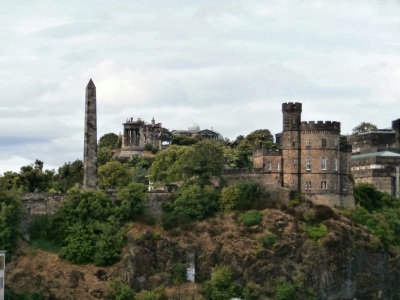 This lion was in one of the parks – I really like how it’s been carved out of one rock, and it makes you want to touch it.

That’s it for now just one more from this weekend, our visit to Glasgow.

Until next time, be good, look after each other, and enjoy the small things in life.

P.S: Final shot of the castle for you to enjoy. 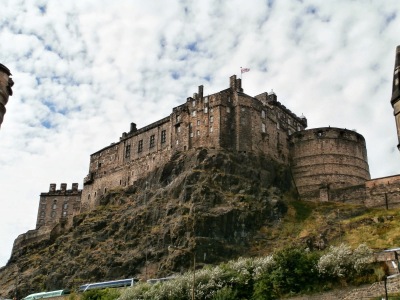