This week’s Top Ten is all about art whether that be paintings, classical music, sculptures, literature, theater plays, or operas. Thanks to Tamara at Part-time Working Hockey Mom for the great theme that I think is going to show just how eclectic my tastes are.
1. Brett Whiteley’s matches entitled Almost Once. This is my favourite sculpture anywhere in the world as I think everyone sees something different in it. It is in Sydney and next to one of the really busy roads, with thousands of people driving past it every day. I’m not sure what the Australian artist Brett wanted it to represent but to me it is life and death and the beauty of both of those. 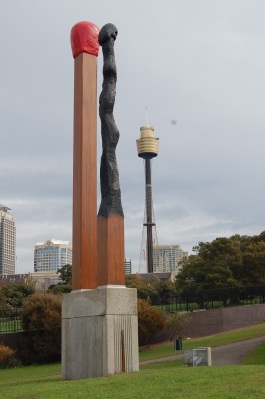 2. Gustav Klimt’s The Kiss. I love the passion and vibrancy of this piece of art which was created in 1908. 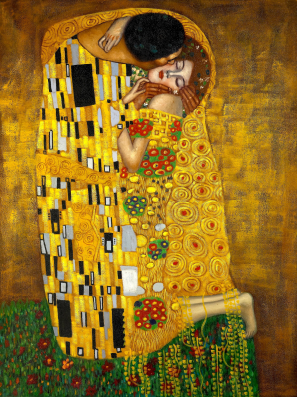 3. Les Miserable. My favourite musical of all time and I have seen it on stage at least six times and my beloved very kindly bought me a copy of the 2012 film so that I can watch it anytime. I’ve seen professional productions in Sydney’s theatre land and on London’s West End, and I’ve seen a local theatre production in the suburbs of Sydney – all were equally as good, as the storyline, the music, and the words are impossible to get wrong.

I think the casting of Hugh Jackman and Russel Crowe in the movie was inspired and I love the fact that the role of the Bishop was given to Colm Wilkinson who played Jean Valjean in the original stage production (Hugh Jackman’s character). 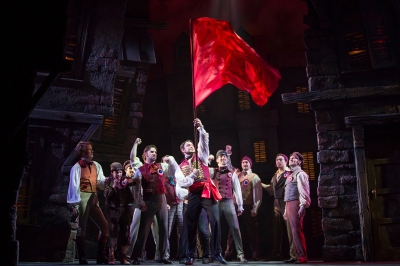 4. John Glover’s paintings of Tasmania. He was born in England in the 1700’s but moved to Australia in 1831 and took on the beautiful landscape of Van Diemen’s Land (Tasmania). 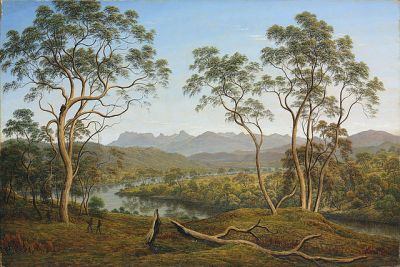 5. Rosencrantz and Guildenstern and Dead. This is a play by Tom Stoppard which features two minor characters from Shakespeare’s Hamlet, the ill fated Rosencrantz and Guildenstern. I studied this at secondary college and loved it from the first time I read it at the age of 17, and always wanted to see it on stage. About three years ago I finally got the chance and saw it in the West End, and it was every thing I dreamed it would be.

“We cross our bridges when we come to them and burn them behind us, with nothing to show for our progress except a memory of the smell of smoke, and a presumption that once our eyes watered.” ― Tom Stoppard, Rosencrantz and Guildenstern are Dead

6. Aboriginal Art. Whenever I see Aboriginal art, wherever I am in the world, it gives me a feeling of home. The colours, the hidden stories, and just the sheer beauty of it just say Australia to me. 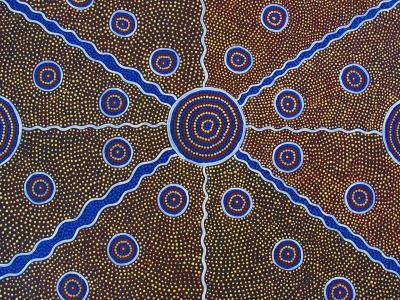 7. Cats. No, not the musical, the living creatures, and of course for us it is Princess Cookie Cat. Cats contain an innate beauty and I very much appreciate it.

“There’s no need for a piece of sculpture in a home that has a cat. ”― Wesley W. Bates 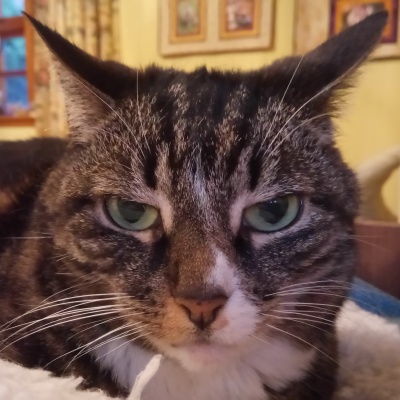 8. John Lowrie Morrison (Jolomo). A Scottish artist that creates the most beautiful, colourful depictions of Scotland, especially the West Coast where he is from. The first time we came across John’s work was in a gallery in the Cotswolds and Ken recognised the bank in front of his childhood home in one of the paintings. We’d love one of his paintings but we’d have to win the lottery first. 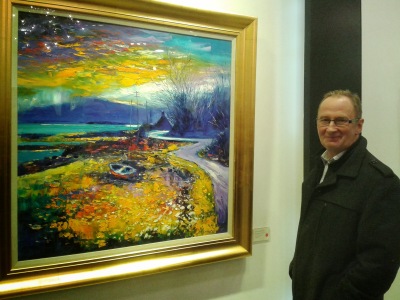 9. Nessun Dorma. All of Puccini’s opera’s are amazing, but this song stands out from all the rest, and as I have seen him perform it live, I have to choose Jose Cura singing it.
10. Street Art. Love the variety, the way people express themselves, and how it can really brighten up an area.  I also love the nebulous nature of it as the artists don’t know if their work of art will last a day, months, or years – it could be painted over so easily. It’s a bit like building a sand castle that you know is going to be washed away by the tide, you still build it to enjoy it for the short time you have it (sorry, I’m rambling now). 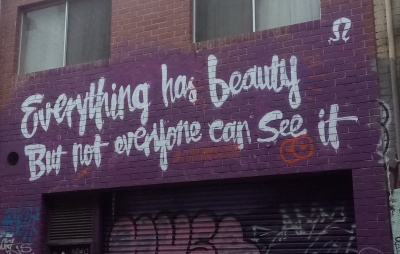 Do any of these make your top ten of art? Before you go, why don’t you hop over to Tamara’s Blog and see what my fellow bloggers have come up with.
Until next time, be good, stay safe, and enjoy the art of your part of the world this week.
Pamela & Ken
xxxxxxxxxxxx

6 thoughts on “Top Ten Thursday – The Beauty of Art”

Lovely day at the @highlandwpark ☀️💜🐅
A few shots from the beautiful wee FIBees garden in Forres - so much to love in a tiny space.
A new friend we made today. 💜
Love that face. 💜💜💜
Reposted from @pangolincrisis
A walk along the Caledonian canal on a beautiful summer's day. I think Ken was walking with medusa. 💜
Gorgeous highland cows - the calves look like teddy bears. 💜
Discovered the beautiful Old Town of Leys garden today - so gorgeous and so colourful. 💜
Perfect bank holiday afternoon treat, matcha latte and hazelnut meringue @phoenixcafe.findhorn
Wonderful exhibition at @invernessmuseumandartgallery - Health, Wealth, & Happiness, a history of healthcare in the Highlands. On until June 18th.
Fabulous day out exploring Aberdeenshire, visiting Fordyce, Portsoy, and Sandend. Even got to chat with the graveyard cat.💜
Amazing fungi. 🍄🍄